What some of golf’s leading figures think of Carnoustie

“I didn’t realise what a wonderful course it is. It’s terrific.”

“It’s got length. It’s got great bunkering. You’ve really got to have your wits about you to play this golf course. It’s probably the best bunkered course you’ll find anywhere in the world.”

“One of the toughest and best courses we have in the world.”

“This golf course is hard but it’s fair. It’s a terrific test.”

“There isn’t a player who didn’t find this course a test and enjoyed that test. Credit to Carnoustie, it’s one of the best in the world.”

“St Andrews is the Home of Golf but Carnoustie is the home of Australian and American professional golf.”

“This will be the end of golf as we know it in Carnoustie.”

The thoughts of an anonymous local club member on hearing that a telephone was to be installed in the Starter’s Box in 1905. He was convinced Dundee golfers would commandeer all the available tee times

“The greatest stroke of luck I ever had in golf was Stewart Maiden coming from Carnoustie to be the coach at East Lake Golf Club.”

Bobby Jones credits his coach and mentor, a native of Carnoustie.

“The ideal course is the one which gives the greatest pleasure to the many but at the same time constitutes a searching test for the crack golfer – whether professional or amateur. Carnoustie is nearing that ideal.”

“One of the greatest rounds of my life,”

Henry Cotton talks after he defied torrential rain by scoring 71 in the final round of the 1937 Open.

“Lots of players are going to get annoyed at the course and beat themselves.”

Five-time Open champion, Peter Thomson  ahead of the 1968 Championship.

Johnny Miller describes the first fairway during the 1975 Open.

“It’s the most difficult par-3 I have ever encountered,”

Tom Watson describes the 16th on his way to victory in the 1975 Open. He bogeyed the hole in all four rounds and then again in the play-off against Jack Newton

“The course is without a single identifiable weakness, which may make it unique… it is one of the wonders of world golf.”

“Today’s best golfers are being raped of their comfort zones,”

Graham Spiers, then golf writer for Scotland on Sunday, describes the action during the 1999 Open.

“This could be one of the saddest moments in sport,”

“Van de Velde single-handedly turned the Open into a stage play as compelling and wretched as Les Miserables.” Gambling magazine’s description of the finale to the 1999 Championship.

Paul Lawrie speaks after his win in 1999.

“There are worse things in life. Some terrible things are happening to other people. This is only a golf tournament. Yes, I blew it on 18. All it proves is I was capable of being three ahead of the best players on the world with one hole left to go…. I went for it and all the glory. Now I have to pay the price…. Maybe next time I’ll hit the wedge and you’ll forgive me. ”

“Carnoustie is one of those places that is beautiful and brutal at the same time. It tests every part of your game and, if you are not in good form, maybe your sanity as well.”

“Carnoustie is one of the great links courses. It has a wonderful mix of short holes and long holes and, no matter what direction the wind, it is always a stern test of golf. Undoubtedly, the four finishing holes are the toughest in championship golf, no matter what the weather conditions. It’s always an absolute pleasure to play and I always look forward to returning.”

“We are not seeking carnage. We are seeking an arena where the players can display their skill to best effect…. Our objective is that everyone will go away from the Open feeling as if they’ve played on a wonderful golf course.”

“Carnoustie is, day-in, day-out, the toughest course we have (on the Open rota).”

“If any golfer has a tendency to hydrophobia, let him beware of the 18th hole at Carnoustie, for if ever water inspires terror, it does so there. It is the Barry Burn, serpentine and ubiquitous, that is the enemy. The hole is, as the book tells me, 453 yards (though it can be longer) and you are never free from that insidious stream. You carry it with your tee shot or you slice into it as it winds its way down the right of the fairway. You carry it with your second or your third, where it lies guarding the green. There is no getting round it, you must go over it. It’s a grand finishing hole.”

Legendary British Golf writer, describes the 18th hole in an article which appeared in Golf Monthly.

“Carnoustie is the toughest course anywhere.”

Michael Bonallack, former Amateur champion and Secretary of the R&A.

Bernhard Langer after victory in the 2010 Senior British Open Championship.

“It’s a tough course, but a fair course. You tend to get what you deserve.”

Corey Pavin, former US Open champion and runner-up at the 2010 Senior British Open.

“It’s a great test of golf. It’s a course where you can’t be too aggressive because you can’t fly the ball straight at the flags like we are used to over the courses we play in America. I have had to learn a whole new game. It’s exciting, but it’s tough. I just tried to stay out of the death bunkers – as I call them – because it’s a one shot penalty every time you go in one of them.”

US golfer, Jay Don Blake, who shared third place at the 2010 Senior British Open gives his take on Carnoustie.

Due to the recent advice from the UK Government, our golf courses and facilities are being closed with immediate effect. As part of this closure, Links House will also be closed. The Rookery, Professional Shop, Performance Centre, Lockers and Management Offices are all closed.

The Health & Wellbeing of our team and customers is our top priority, and while we are deeply saddened by this development, we hope you will understand and assist in these measures to aid public health protection. Please assist us and do not come to Carnoustie Golf Links.

We will try to resume normal operations as quickly as possible, but we must all adhere to the guidance and advice provided by the Government. We will, of course, provide further updates as the situation becomes clearer. Please check our website www.carnoustiegolflinks.com for the most current information on our product and service offering.

Thank you for your co-operation and understanding during this time. 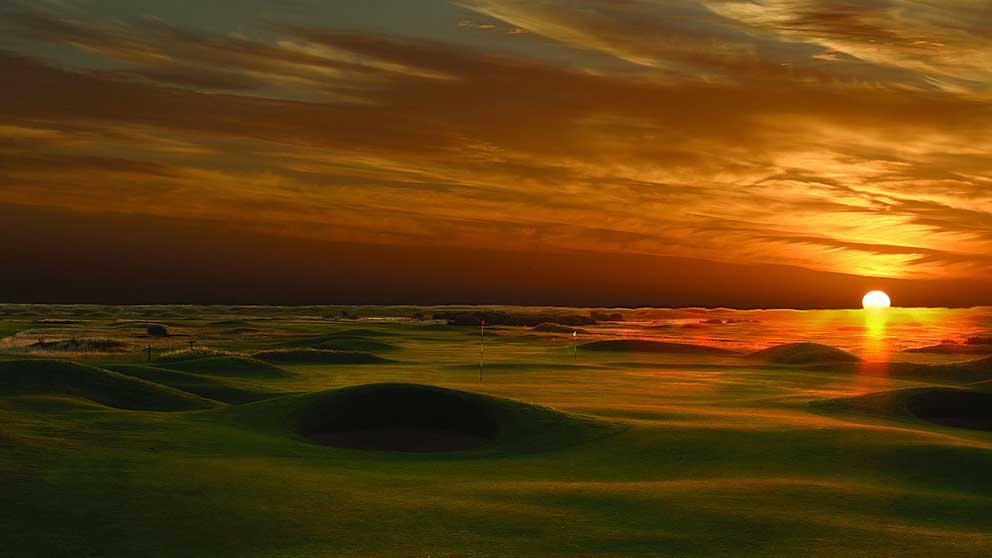