Boathy’s Blog – The Beast from the East

As I write this we are in the eye of the storm, the wind is howling, the snow/hail is beating down and the waves are crashing off the sea defence wall. Angus has faced amber and red weather warnings over the past few days and the course remains closed due to the conditions.

A great day to be in the office. 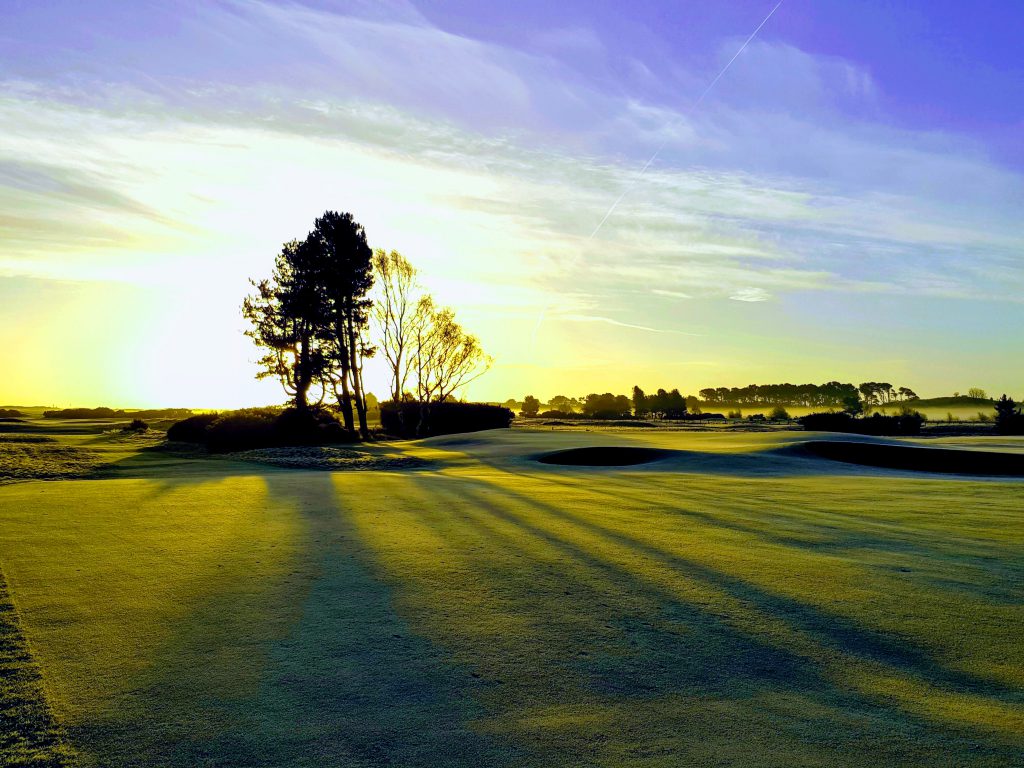 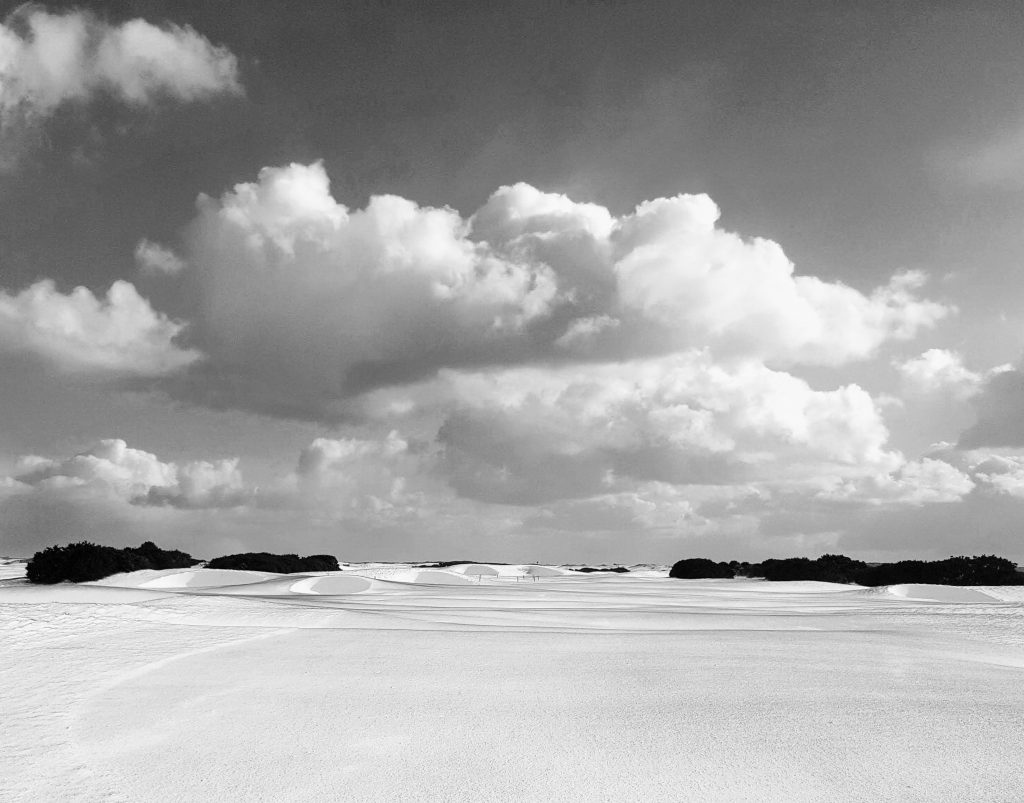 Looking back, my last blog post was just at the turn of the year, so it’s probably about time that I give you all an update on how we’ve been progressing on the course.

On the bunker revetment front, we only have one left to build and this is at the Sky Zone area at the Practice Tee where Sky Sports Golf will broadcast from for the majority of the time throughout The Open.

We also had to do a little bit of an extension at the tee here for the zone itself and for a little terraced area for spectators. 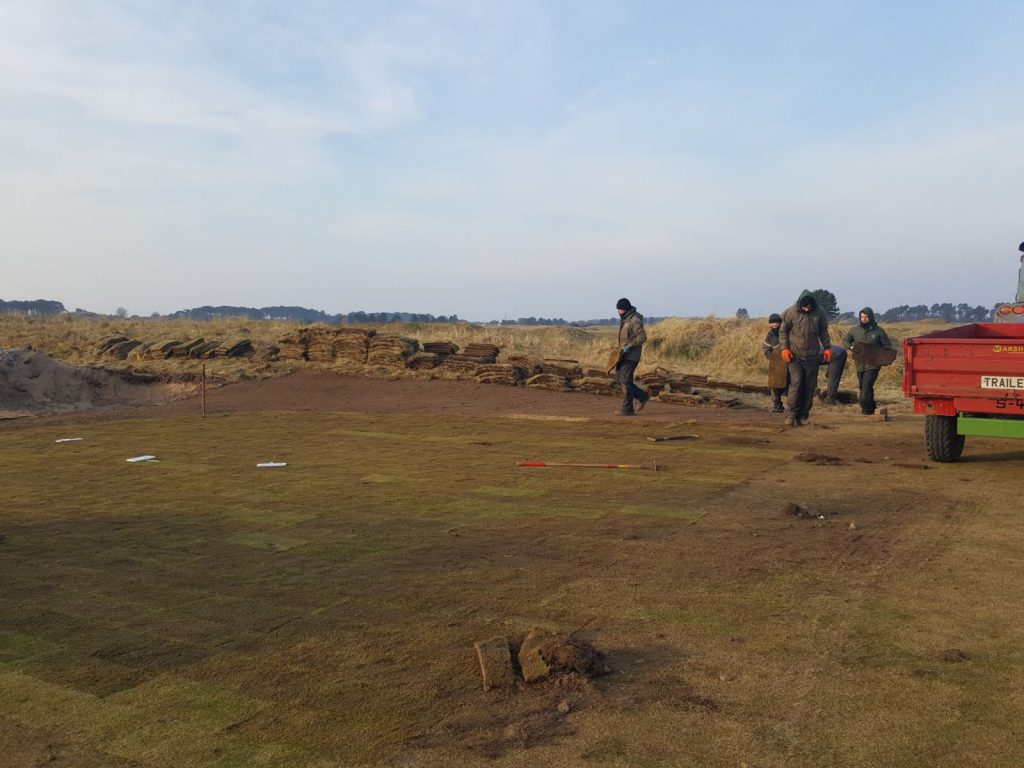 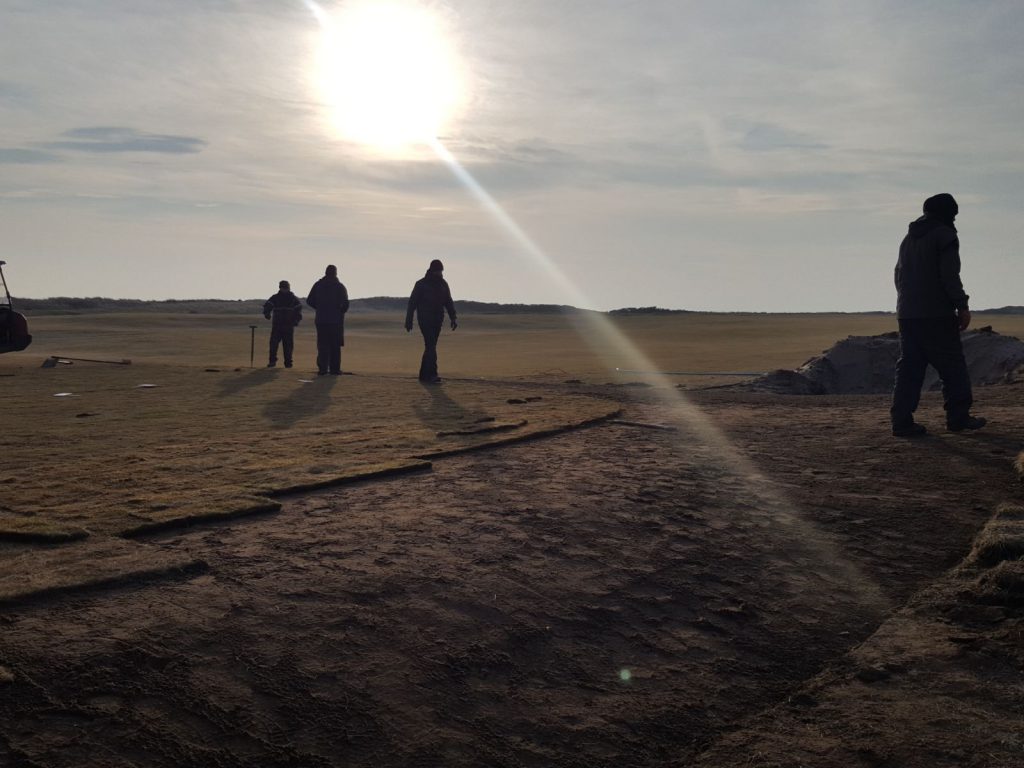 The mounding work at the 8th/12th and at the 14th tee is completed and looks pretty good, if I do say so myself.  5,600 square metres of turf was used on the mounding and should make this a superb spectator vantage point during The Open. 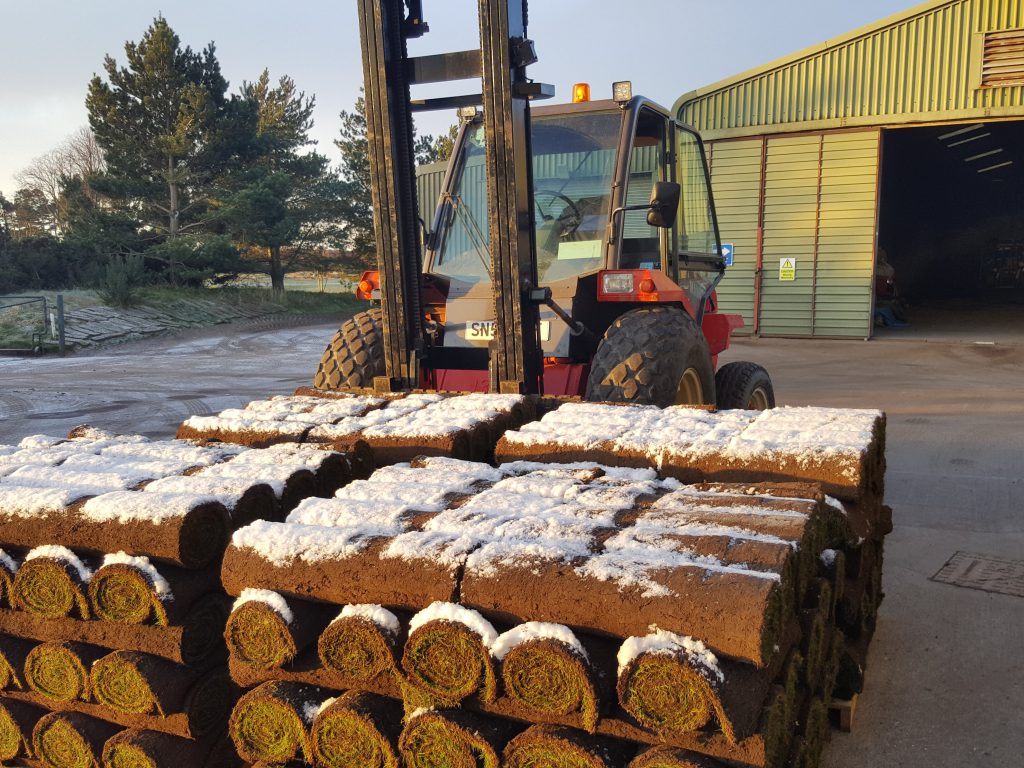 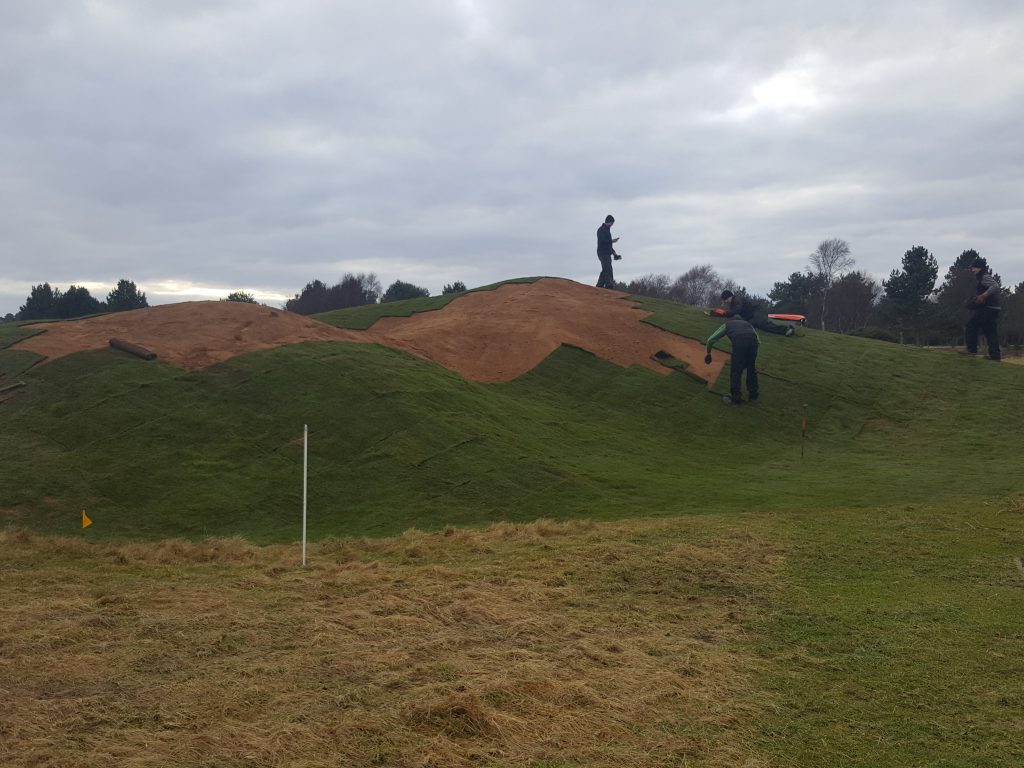 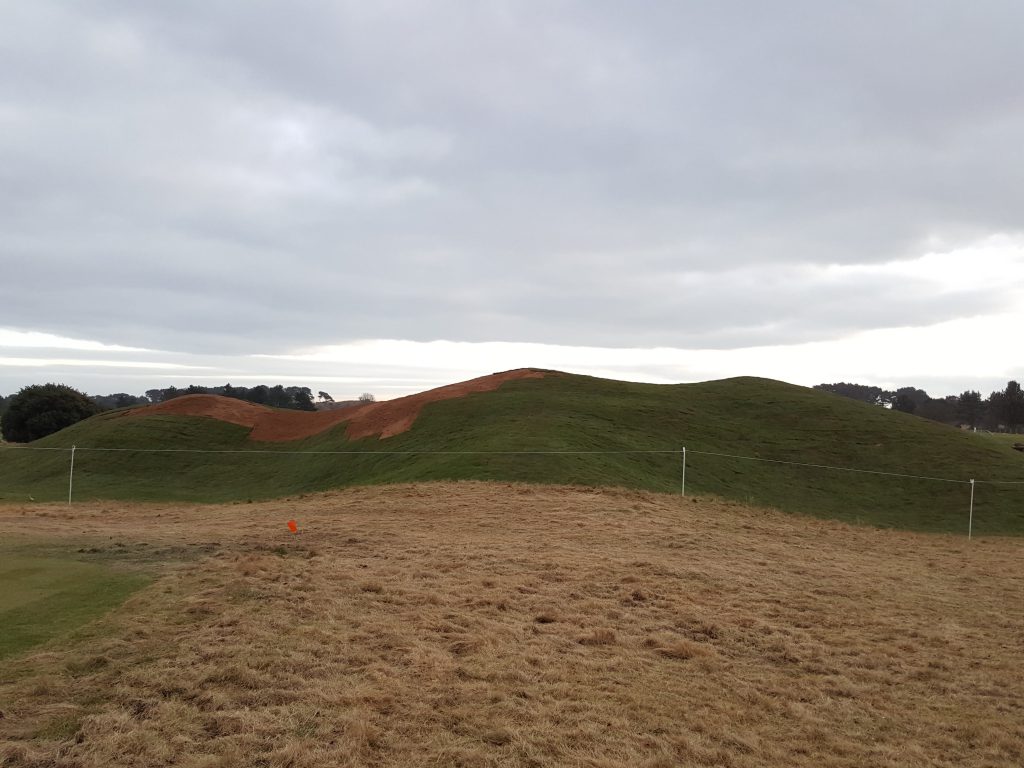 During the middle of January, I was down at the British and International Golf Greenkeepers Association educational seminars and turf management exhibition where Carnoustie Golf Links were finalists of the Golf Environment Awards.

The aim of the Golf Environment Awards is to recognise, reward and promote outstanding individuals and golf courses, no matter how big or small, for the time and effort they have put into protecting and preserving their unique surroundings.

The competition in our category of Environmental Golf Course of the Year was very tough. We were up against Aldeburgh Golf Club, Dundonald Links and Warrington Golf Club, all of whom were there on merit and were equally deserving of the title.  However, we were absolutely delighted to receive the award. It means a lot to be recognised for the great care we take to protect and enhance our natural habitat. This award is just another example of what our team at Carnoustie Golf Links can achieve through hard-work, enthusiasm, and investing our time into community involvement. A great effort all round. 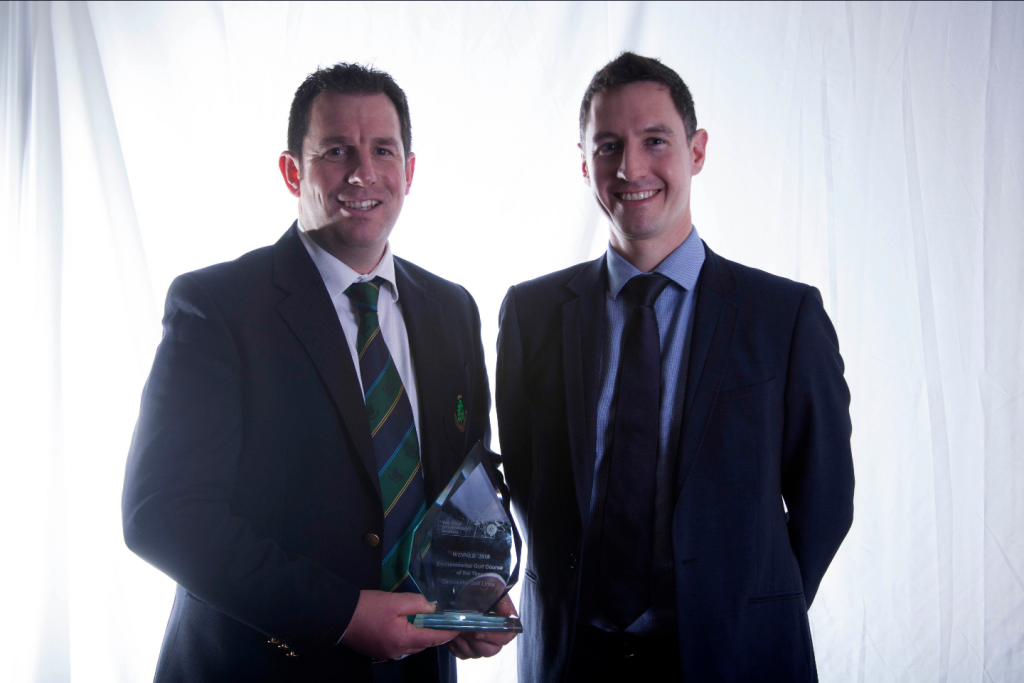 The Open is just a week long event on the course but around and about, there are a lot of grandstands to put up, the spectator village needs to be built, tents and portocabins need to be erected for the likes of the marshals, scorers and police.  This all needs to be put in place before welcoming the players and the 185,000 plus spectators to this, the greatest show in golf. A new compound has been built at the far end of the course to accommodate the contractors that will descend on Carnoustie at the start of April to join those who have already been here throughout the winter months. They will be joined by the TV crews who will set up next to them. Grandstand build is set to commence the second week in April and will carry on until the start of July. 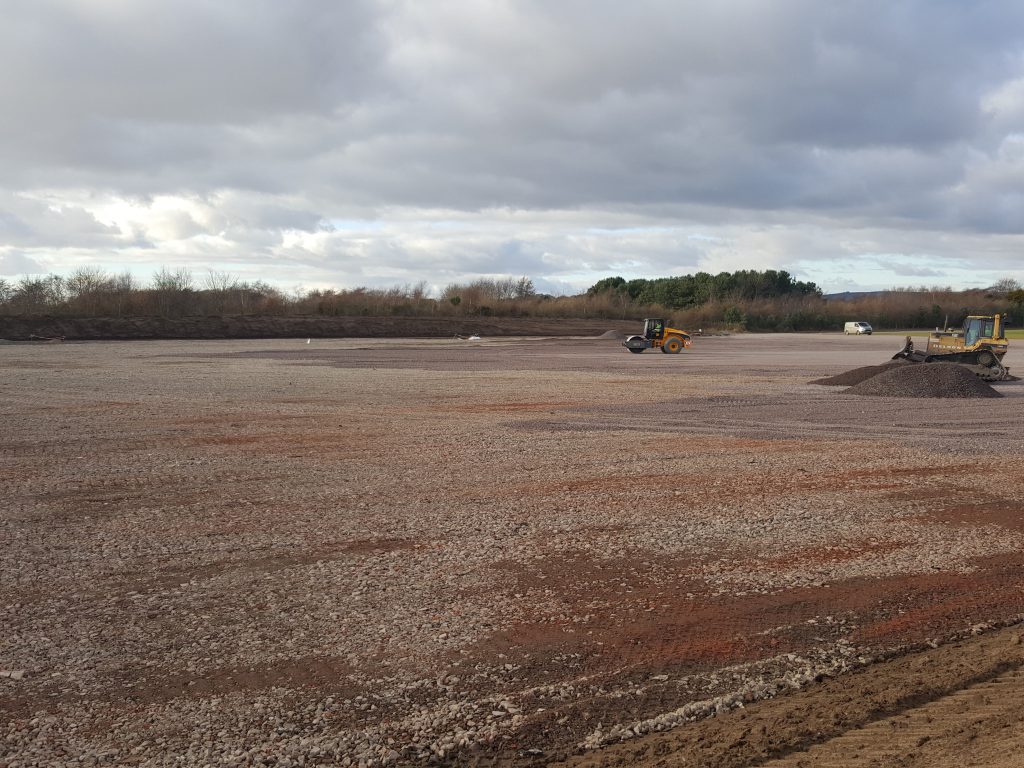 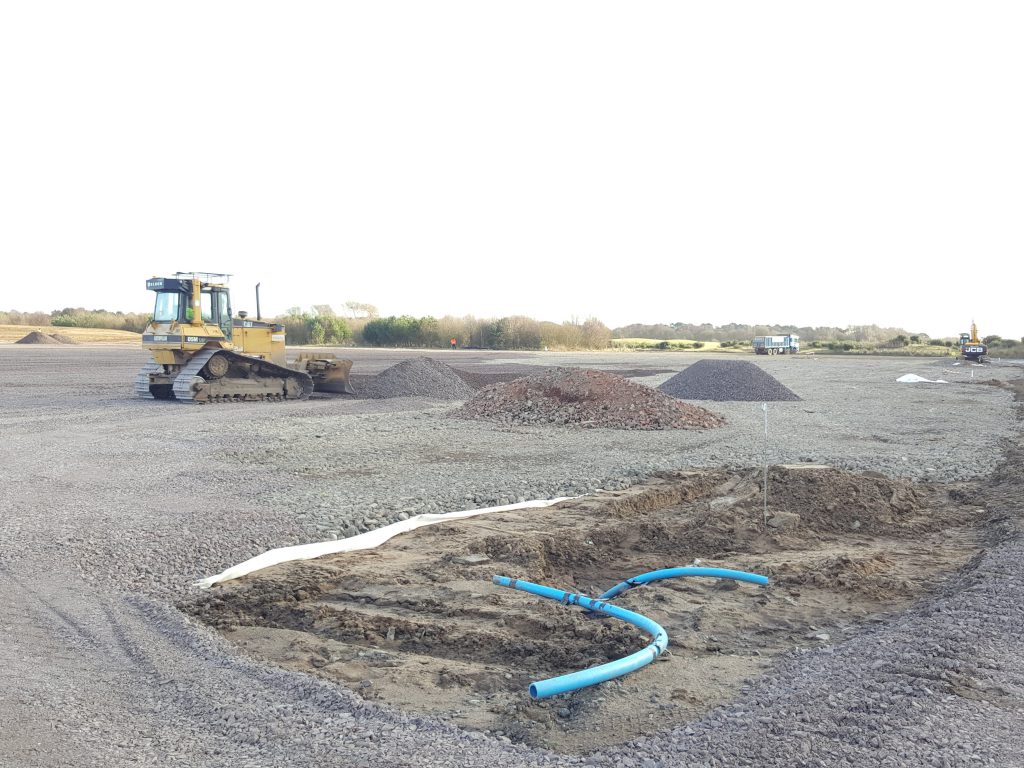 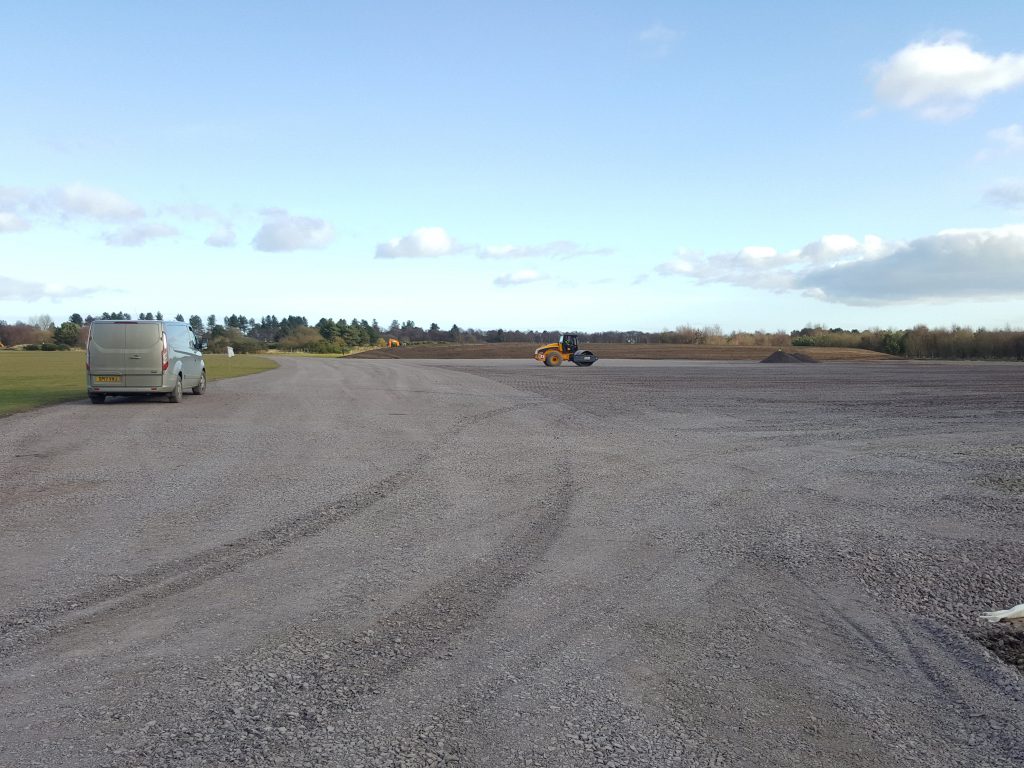 Back to on the course, things are starting to come together now and the start of the season is now only a matter of weeks away. At the moment we are replacing astroturf on bridges and topping up bunkers with sand. The greens have had a little spray with seaweed to perk them up, along with our bunker faces just to get them going a little bit. We have been working in the roughs a little in the way of raking them, allowing air in and letting the more desirable grasses develop. 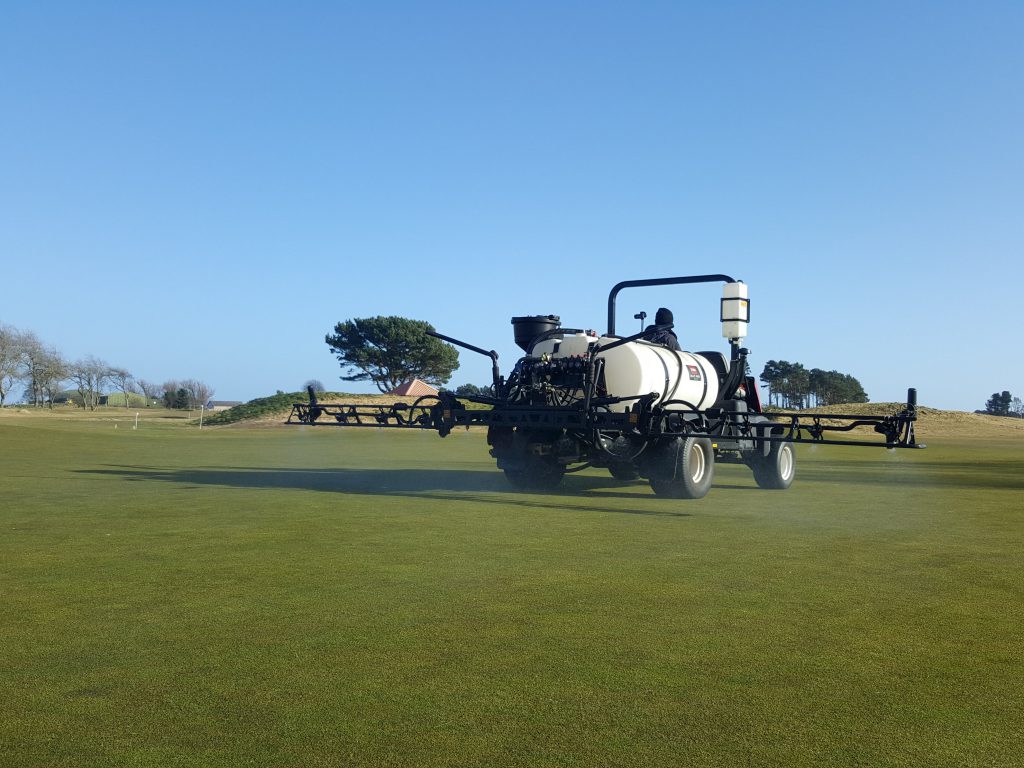 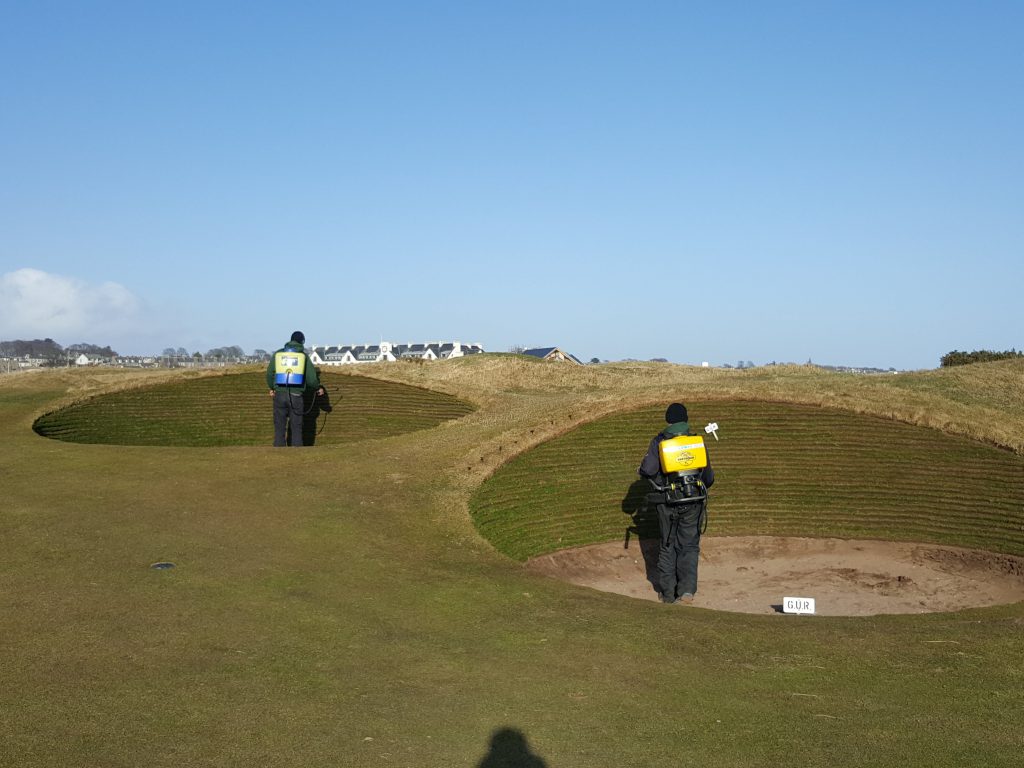 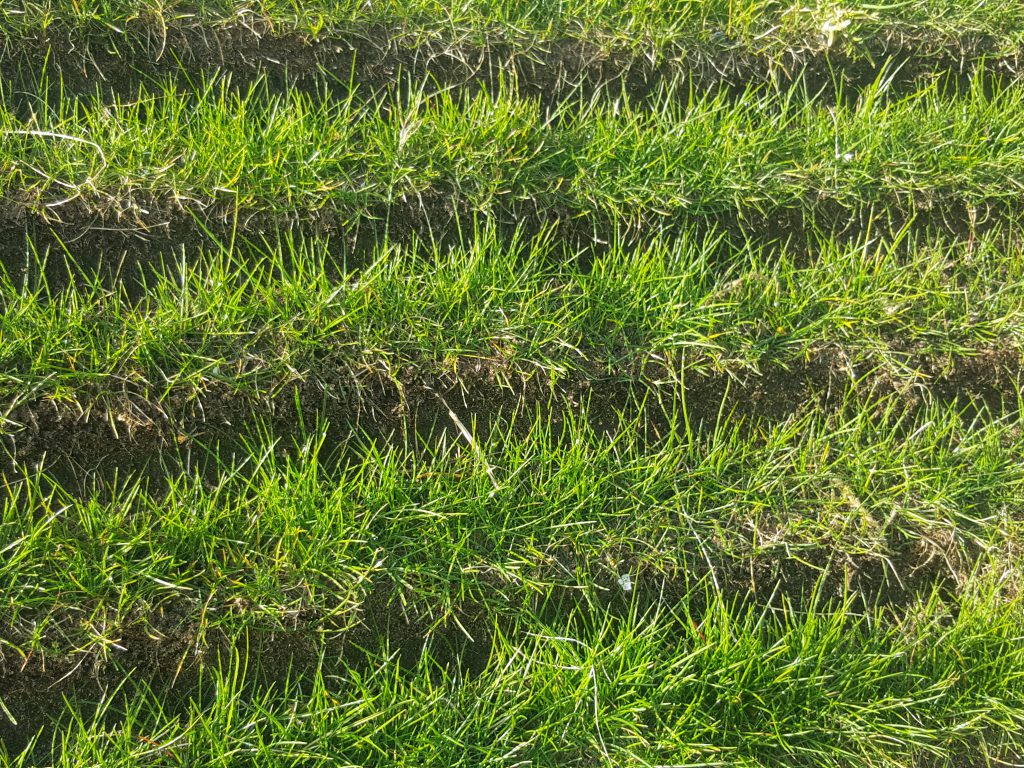 But that’s all from me for now, hopefully this storm will pass us soon and we can carry on preparing for the start of the season.